Dom: The hunger doesn’t control me. I control my appetite. I remember in the past, I would just get really completely ‘hangry’. Hungry and angry and just brain fog where ... That doesn’t happen actually. When I’m a little bit hungry, that’s when I feel my best mentally and most lucid. That’s the real world practical benefit I think of being adapted to the ketogenic diet. Now whether in our modern day society where food availability is not usually an issue, but I think for me it is. Sometimes I get busy. I’m in the lab, in meetings. It’s several days, I can remember in the past month or so which I just could not eat. I just didn’t have that luxury. I was in an environment, in the animal vivarium where you’re not allowed to have food or something. That definitely can help me.

Krissy: So is that why, correct me if I’m wrong, you also do follow intermittent fasting to a point. You eat breakfast and you eat dinner but typically during the day, you don’t eat much other than coffee or drink that. Was one the by product to the other? I’m ketogenic dieter. I realized I’m not as hungry as much or I don’t crave food. I don’t need to devote half my day into making food and eating food or are there additional benefits to doing both ketogenic diet plus fasting or intermittent fasting.

Dom: I think there’s a benefit to getting your body into a state of hypoglycemia with elevated ketones. Doing that every once in a while definitely has health benefits. Doing it on a daily basis, that’s subject for debate whether or not that confer long-term health benefits. I believe it can just by looking at my blood work and just getting feedback from other people. I live my life, I guess going back to high school and college. I was definitely had an unhealthy preoccupation with food. I was pretty much in extreme ectomorphs. For me to gain size and strength, I had to eat every 2 to 3 hours on the clock. I mean I remember having nightmares about not being able to eat, just being hungry. I mean I had chicken sandwiches in my side pockets of my khaki pants. I was pulling bars out and just eating constantly. It’s very liberating not to be preoccupied with preparing food, eating food, cleaning up and just eating, sitting down and having a nice social breakfast which I do and a nice social dinner. We could just sit down and eat whatever. Not have to count macros and things. I pretty much know what I eat anyway. From a practical point, I just get more done during the day and I have more energy throughout the day if I don’t

and consume a meal. If I consume a meal in the middle of the day which I do sometimes. We’ll go out to lunch for the lab or sometimes I’ll eat and it doesn’t throw me off but I just don’t eat that much. If I was eating a big meal, in the middle of the day, like I do at night, I wouldn’t have the sustained energy and focus that I typically have during the day and then I try to use to my advantage to get as much done as possible, if that makes sense.
Эксклюзивы iHerb Код для 10% скидки CWS780 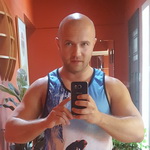 Some people that follow Ketogenic Diet think that they don't need to count Macros! Which is The Biggest Mistake! But YOU REALLY DO!

kvas писал(а): ↑
21 авг 2017, 20:25
Some people that follow Ketogenic Diet think that they don't need to count Macros! Which is The Biggest Mistake! But YOU REALLY DO!