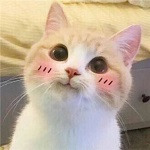 I think as early as the 1980s Ray was already writing about the beneficial effects of progesterone for breast cancer and the negative effects of synthetic progestins (most of which are actually 19-nortestosterone derivatives). The pharma industry published fraudulent studies with which to convince the public that the synthetic progestins are just as good as progesterone but with none of the side effects and potential to metabolize downstream into other "bad" hormones. The reality was actually the exact opposite. The synthetic progestins are mildly progestogenic, significantly androgenic, and worse of all usually agonists of the glucocorticoid receptor (GR). As such, they cause muscle growth, virilization, and often breast / endometrial / ovarian cancers. The famous performance drug THG developed by Patrick Arnold and abused by a number of Olympic record setters was another such synthetic progestin. Peat once wrote that testosterone would be a safer "progestin" than these synthetic poisons. Given that the progestins are 19-nortestosterone derivatives and the track record of THG, this view is not at all surprising.
What is worse, the the carcinogenic effects of those progestins managed to give natural progesterone a bad name, culminating in a few states (especially California) mandating progsterone products to carry a warning label about the cancer link. There are a few groups that did not give up on the idea of progesterone as an actual treatment for breast cancer. One of these groups published a few studies over the last 5 years trying to exonerate natural progesterone and distinguish its effects from the synthetic progestins. The good news is that they are sponsoring a human trial with actual progesterone as treatment for breast cancer. The bad news is that they are still considering using some of the synthetic progesting Megace as adjuvant, and while this synthetic progestin is a progesterone receptor agonist it is also a potent GR agonist as well and can bring about all the bad effects of excessive cortisol (including tumor growth).
У вас нет необходимых прав для просмотра ссылок

"...The real proof will come from two new clinical trials being conducted by the international team, with patients being recruited for the studies in the UK early next year. One trial in collaboration with a UK group at the University of Liverpool will test the potential benefit of combining progesterone treatment with the breast cancer drug Tamoxifen in premenopausal women with breast cancer."
Наш сайт
Группа facebook
Группа Вконтакте
Лента twitter