(NaturalNews) Cigarette angst and all the associated media hysteria over the health effects of smoking have deterred millions of people from using tobacco in any way, shape or form. But new research out of Texas A&M University in College Station has revealed something about the tobacco plant that many people don't know: When used properly, tobacco can actually help promote health rather than destroy it.

It's true: Tobacco contains a compound known as nicotine that, aside from its use in addiction patches, has been shown to help protect the brain against the age-related onset of degenerative conditions like Parkinson's disease and Alzheimer's. So, while smoking tobacco may not be the best approach for maintaining vibrant health, consuming its constituents in extract form just might have a place in the supplemental regimens of health enthusiasts seeking optimal cognitive function.

Dr. Ursula Winzer-Serhan, Ph.D., an associate professor at the Texas A&M College of Medicine, collaborated with some of her colleagues to come to this conclusion, as shocking as it might be. They tested the effects of nicotine on animals, and found that heavy consumption of the compound causes changes in the brain that, believe it or not, are overtly positive.

Though the precise mechanism of this action has yet to be uncovered, the team believes that nicotine somehow acts in such a way as to minimize the degenerative factors that lead to early-onset memory loss and the eventual progression of more serious conditions like dementia. And the best part is that it does this without producing any noticeable side effects.

"Some people say that nicotine decreases anxiety, which is why people smoke, but others say it increases anxiety," Winzer-Serhan explained in a statement. "The last thing you would want in a drug that is given chronically would be a negative change in behavior. Luckily, we didn't find any evidence of anxiety: Only two measures showed any effect even with high levels of nicotine, and if anything, nicotine made animal models less anxious."

Winzer-Serhan and her team were quick to note that people shouldn't go out and grab cartons of cigarettes and start lighting up simply due to these findings. Isolated nicotine is obviously very different to dried tobacco leaves wrapped in paper – especially when those leaves are intentionally spiked with hundreds or even thousands of other added chemicals, as is the case with most commercial cigarettes.

Still, nicotine extract and potentially even natural tobacco could have some health benefits that get overlooked or ignored because the science behind them doesn't align with the popular, and mostly negative, narrative surrounding tobacco. Tobacco shouldn't be completely written off, in other words, as it's not entirely evil – and the science shows this.

"I want to make it very clear that we're not encouraging people to smoke," Winzer-Serhan warns, noting that further research is needed on tobacco and nicotine in order to gain a better understanding of all the unknowns surrounding its effects on the body.

"Even if these weren't very preliminary results, smoking results in so many health problems that any possible benefit of the nicotine would be more than cancelled out. However, smoking is only one possible route of administration ... and our work shows that we shouldn't write-off nicotine completely."

Sources for this article include: 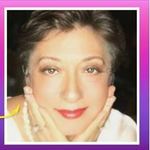